BLUF: Has anyone looked at Carveco Maker for a CNC design software for the SN?

I just switched over to the CNC setup last week and picked up a few STLs from Etsy that I want to carve. The files were designed in Artcam (no longer used after Autodesk sold that line to Carveco) and they are quite large; like over 200mb. I’ve tried the fusion 360 route, but there are just too many details (triangles/facets) in these files for Fusion and Meshmixer to handle.

I’m torn between Carveco ($15/month for the basic option or $90/year subscriptions) or Vetric VCarve Desktop ($349 perpetual license). They both appear to save files in the necessary post processor formats. VCarve does have a trial version, but you can only use the trial projects they have published.

I’m using vcarve super easy. Github has a snapmaker post processor. I have made my files put them in my usb. I updated to the latest firmware. But for some odd reason it won’t transfer from usb to the lcd.

But for some odd reason it won’t transfer from usb to the lcd.

For cnc the file needs to end in .cnc
For laser .nc
Otherwise the SM will ignore it.
It’s also very finicky about USB drives. Try it on the one that came with to make sure.
-S

Yes I understand this their is a post processor for vetrec desktop pro that is for the snapmaker. It ends the files correctly in .cnc

Has anyone found a post processor for carveco maker?

I recommend VCarve Desktop which is easy to learn and use. However, as Gysnst2 has pointed out, it does not appear that the current post processor for Snapmaker works correctly. Thus, I have been using Fusion 360 which has some limitations for what I want to do that VCarve Desktop does not.

I actually just got carveco working. Since it used to be artcam, I was able to find a post processor.
Results have been pretty good so far.

Hi, This looks amazing.
I cannot get the cnc working properly,
Could you please share how you did this?
What software and postprocessor did you use? What settings?

Hi there, I used carveco maker. Fusion 360 is good, but a bit complicated and too expensive after the free year they give you.
As Carveco used to be artcam, it has a good established base and the artcam post processor works. There is a thread on here somewhere with the tool database and the post processor. I’ll have to look it up or post it here.
I entered my own tool settings though for this one, and I’m actually a bit happier with the results than the other database for the v-bit.
Vcarve looks good, as Markus recommended, but for my needs at the moment, I wanted to test this out and carveco fit the bill at their cheap subscription instead of spending a few hundred outright.
The key is using one of these programs that allows exporting at least two separate toolpaths (one for roughing and clearing, one for the fine detail.)
Since the snapmaker v-bit is much shorter than the clearing flat end mill i used, the tricky part was getting the height set after the bit change without any material left in the center of the project, but with some careful measurement and noting the machine work origin it is not too bad.

I’ll try to find the files for you.

I used the 3.175mm flat end mill for clearing in a horizontal raster
V-bit for finishing in the same pattern for this one, I’ll have to check my settings for the v-bit though.

Try searching for snapmaker 2.0 artcam postprocessor in the mean time!

P.s. carveco has a great number of tutorial videos to get you started.

Shame to hear vcarve isn’t working properly at the moment. I prefer programs I can pay outright for. Hopefully in the future. In the mean time I’ll use carveco.
I would like to be able to customize 3d toolpaths more though. The 2d paths are very customizable in carveco, not so much 3d, but good enough.
Fusion is great for toolpaths after the learning curve.

As hobby user you can register for a free fusion license every year.

Thanks! I’ll give carveco a try!

has anyone been able to get the vcarve postprocessor to work?

I use the PP for VCarve and it works just fine. I did the attached recently.

I saved the .pp file from GitHub to the Vectric application data folder under the My_PostP folder. I create the tool paths and save them with the snapmaker PP selected in the drop down. Then I open the file in luban, connect wirelessly to my machine, press the load to workspace button, press the transfer via WiFi button, and then run the job from the touchscreen.

that is sharp. I had an issue where the file would not transfer to the controller. I am going to try another file with the newest pp for vcarve

Every year? Thank you, thought it was only one year!

I successfully loaded up the github files for Vcarve Desktop. I followed their instructions to the letter. I made a simple test pocket. Downloaded to my USB drive, loaded up on Snapmaker and it worked just like what I got with Fusion 360. Now, to figure out how to do Vcarve Inlays that I was not successful with on Fusion 360 without a lot of work.

I am a little bit beginner and I do not know how to load the github. is there anyone can explain to me the steps.

You need to go to github website and signup. This is fairly straightforward. Github is an area where members create software for a variety of uses. I am not a programmer so I depend on others to direct me as to where to find the programs I need to do my hobbies.

Here is the URL for the Snapmaker post processor files: 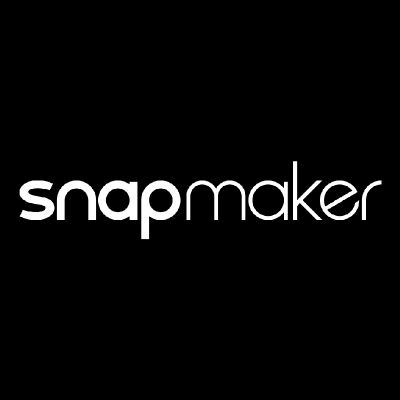 Contribute to Snapmaker/snapmaker_cnc_post_process development by creating an account on GitHub.

It takes some experimenting within the Github site to understand how to access the files you want and not easily explained. But once you have moved around and explored, you will get the idea.

You need to go to github website and signup

You could instead simply download the zip file of all files: