Hey guys can you recommend some PLA brands which you think are of decent quality and won’t cause “issues”.
I noticed that some brands like Hatchbox aren’t available in the UK, what other alternatives would you recommend, or what type of characteristics should we look for when buying filament.

I have tried some MakerBot PLA and it works well. I have a number of others that I will test in the weeks ahead, ColorFabb, ProtroPlasta and Flashforge

BTW you have a business over there named Rigid Ink see https://rigid.ink/ they have a lot of good information on filaments and printing. I have just received some sample filament from them including PLA+. You should check them out.

Have a great weekend.

Doug
… I am in Australia

Focusing on FDM 3D printing we develop useful solutions and create troubleshooting guides for you! Visit the site to learn more and buy our products.

I’ve been working my way through this recent purchase. I haven’t had a snag or flub print since I started using these. Great color assortment. Easy to feed into the SnapMaker and use. Each spool is individually packaged in a color coded box and a zip lock bag for easy reference and storage. GREAT price for what you get. Highly recommend. 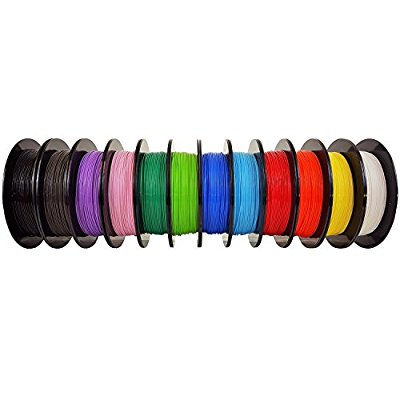 AprintaPro looks good and the delivery won’t be too bad for the UK, sadly the AIO Robotics one isn’t available here was interested in getting a sample.

I’ve noticed that some people have started printing with PET-G, from what I’ve found out main difference is the durability, how is it on the fumes end thou?

I use mostly Colorfabb

I have been using 3D Jake, they ship from Austria and free delivery for order over £40

Ended up buying a budget fillament as my spool ran out awhile back and I couldn’t get the major brands.
I am fairly happy with this PLA.
3D Prima PrimaValue PLA Filament, 1.75 mm, 1 kg Spool, Dark Grey https://www.amazon.co.uk/dp/B01DWTS7KA/ref=cm_sw_r_cp_apa_5VjYAb8YM4BSG

It did yeild some quality results with minimal or no layer separation, I am actually having issues getting it of the bed the adhesion is really good.

The badge is a 2 part object fits like a glove 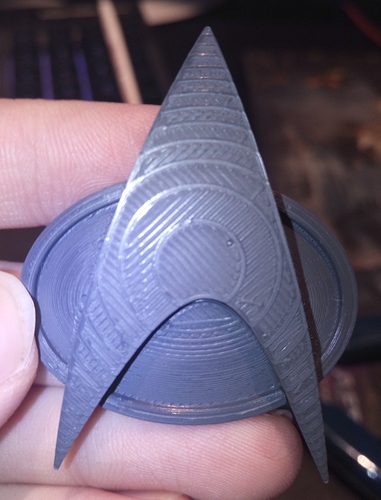 I thought the filament shipped with the SnapMaker unit was pretty good. And it was… pretty good. Then I bought some PLA by 3D Solutech, and I found it to be much better.

I designed a device to cut a circular hole through foam. I attached it to my drill. The first version was done in the filament that shipped with the unit. The second in the 3D Solutech filament. The teeth on the 3D Solutech print were much sharper (dangerous even!). Better than I would have thought possible, given the .4mm nozzle (teeth were pointing up on the print). The 3D Solutech printed part also lasted longer (the foam I was cutting was very dense, and PLA has such a low melting point, the cutters were destroyed in the process). I didn’t get through one cut on 2 inch eva foam with the SnapMaker-shipped filament – but I got through three with the 3D Solutech filament (it was toothless by the end of the 3rd, but I did it!). I never would have expected it to go through three cuts. Now, if I ever need to do this kind of thing in the future, I wouldn’t use PLA, but all I had was PLA or ABS, and I don’t have my enclosure yet, so my ABS attempt was a failure.

But, I’m very happy with 3D Solutech. It isn’t the cheapest, but the colors are nice, and the prints are strong and accurate. I hear good things about Matter Hackers filament, but I haven’t used it personally.

I’ve tried 3D Fillies (Australian Brand) PLA and PETG, and eSun PLA and PETG. The 3D Fillies PLA is excellent and the eSun PLA is pretty close - both better than that SnapMaker provided. I found it hard to get good results with the 3D Fillies PETG (couldn’t prevent stringing totally and often had poor layer adhesion).

The eSun PETG has been excellent. Almost no stringing, seems very strong and I can print it at 80mm/s on the SnapMaker (250 degrees first layer, 245 thereafter). I still get a few ‘boogers’ but am fine tuning retraction settings and hope to eliminate it soon. The local Australian distributor has a sale on till 6 Jun so I just purchased a stack of it. I intend to use the eSun PETG for most of my printing now.

Thanks for this news, I have some 3Dfillies products. I tried the PETG and was getting stringing and boogers hahaha. My temperature was not as high as yours so I will give that a whirl.

Hi @Doug
With PETG I found that I have got the best results with the highest temperatures and a pretty fast speed (80 mm/s for infill, 40mm/s for perimeters). This is contrary to a lot of advice to print very slow. I have done some fine tuning of retraction etc. and it now seems to work quite consistently. I can publish my Simplify 3D FFF if you are interested?
Cheers
Rick

I should also add that I have found the eSun PETG filament diameter to be consistently at 1.70 mm rather than 1.75. In percentage terms it’s not much of a difference but I have updated the profile in Simplify 3D anyway.

it would be most appreciated to get your fff, I am using Simplify3D also.

Have a great week.

I will give it a run in the weeks ahead.

Just printed this single walled 25mm cube at .3mm layer height in the black eSun PETG. The photo makes it look a bit dreadful but in real life it looks great, especially for a 0.3 mm resolution print. No blobs, gaps or stringing.

that’s the great thing about this forum, everyone is watching, using, learning and improving and we are benefiting from the group sharing 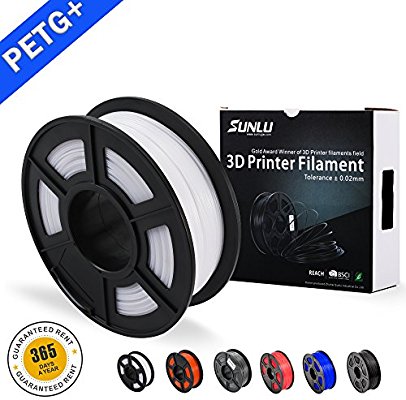 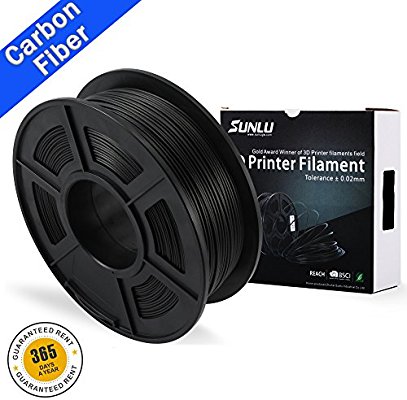 Style: 3D printing supplies Welcome to sunlu, we are specializing in the production of printers, printer supplies, a company printing pen, our printer consumables can do the deviation of +/- 0.02MM. D ...

@Doug I just realised that after calibrating my extruder (see my other posts from today) that my Snapmaker was under extruding by 10%. This seems to suit eSun PETG. After calibrating my Snapmaker so it is extruding correctly I adjusted my extrusion parameter in Simplify 3D to 0.9 (it’s 1.0 in the FFF I posted) and it’s printing PETG beautifully. You might need to adjust extrusion to suit your machine. The under extrusion seems to get rid of the blobbing. Good luck.