Bug Reports and Feedback for Snapmaker-GD32Base-2.X

@BriHar There are mechanical reasons on the linear modules (only when you are homing), a general update on firmware can solve >90% of users who encountered the bug. If you don’t have and you will never have to worry about it. Our products came out in batches and their subtle differences caused the unexpected issue (yeah that’s bad). With the firmware update we can solve most of the issue, and we are helping others whose problem can not be solved.

@parachvte,
Thankyou for the reply ,
However, if I don’t have this bug, could updating the firmware cause me any adverse problems?

I think not. We considered compatibility and with the help of this issue we updated our SOP to make our future release more stable. If you have any issue occasionally, please post them here.

Recently i have bought the snapmaker with firmware 2.4
I had issues with the Z-axis not homing correctly.
With the 2.8 firmware this is now working properly.

To solve this, i first have to do a manual homing action before i can print a new printjob.

Axis problem with firmware greather then 2.4. 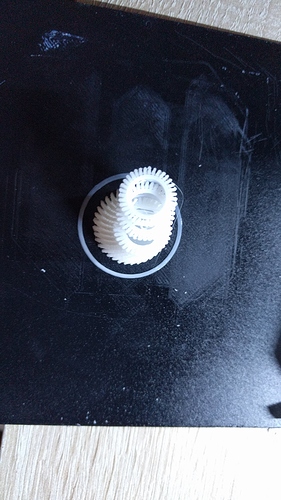 Back to firmware 2.4 solve this problem, but still problem with calibration, because the print head touch the bed when homing. 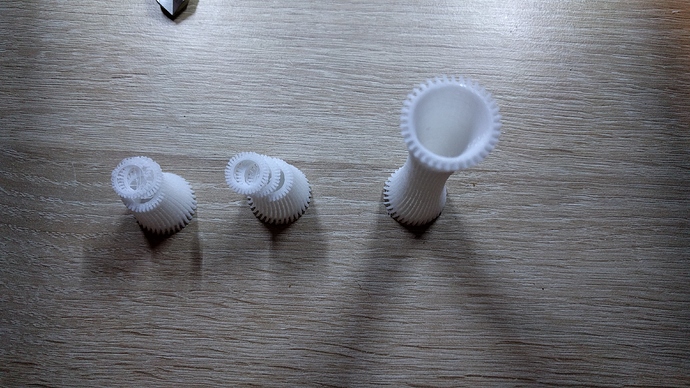 Other bug I found, when stop a print with firmware 2.8, the jog mode becomes crazy, the head move to the left (x axis), the y axis move to the front when press the z axis up, the only solution is to turn off the printer.

With v2.8 Firmware and my recently installed doorswitch, closing the door causes 3d printing to fail. The x/y axis goes crazy. I disconnected the doorswitch and am printing normally right now. It would be nice, if at all possible, if the firmware could ignore the door switch opening / closing / being open / being closed when 3d printing. If that just isn’t possible at all, then okay I’ll keep it disconnected. I don’t recall reading any warning in the install information about the door switch screwing up 3d prints. I had been hoping that the door switch could remain installed at all times.

Did you set the door detection setting to “on” in SnapmakerJS software - with the computer/laptop connected to the Snapmaker?

If you don’t set that toggle as detailed in the release notes Setting door detection then the signals from the door opening and closing will definitely screw up your printing.

Opening and closing the doors have no affect whatsoever on my 3D printing once I toggled the software switch to ON. The computer must be connected to the printer at this point however as the switch is set in the controller. Once set it stays set (until you decide to turn it off again) so the computer doesn’t need to be connected all the time.

It’s rather unfortunate that the information regarding this is not mentioned in the User guide for the Enclosure, nor is there a properly detailed user manual for the SnapmakerJS software. The only mention regarding this setting is in the release notes, and only for version 2.5.0, so it is easily missed.
And not to forget, the firmware also needs to be updated to version 2.7 or higher for this all to work!

Edit again!: I found out its probably the slicing in software 2.5.3 that is the issue. I tried 2.8 firmware and had same issue. Then I upgraded to 2.9 again and reverted to 2.5.2 and the print seems to be normal again.

I just upgraded firmware from 2.4 to 2.9. I had some issues with the prints suddenly readjusting where it printed mid print, but other than that I was fairly satisfied. I figured some of the firmware upgrades would fix it. Now it seems its not extruding as much as it should, so the first layer is just a grid with single lines not sticking together. I even tried setting Initial Layer Line Width to 200%, but still it prints lines not sticking together. Just before the actual printing, it extrudes normal amount, so its nothing wrong with the extruder.
I also noticed it retracted the filament so much that once it actually fell out when starting to print.
Edit: I see some others have issues with readjusting prints. This I had with 2.4: 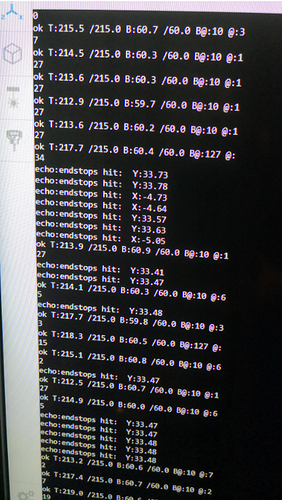 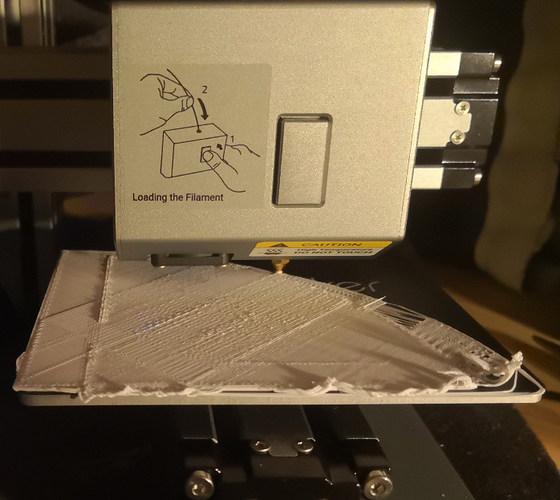 This is x number of attempts at the same print on 2.9, with fairly similar settings as the previous picture, tested with different temperatures on extruder, bed, speed, layer height and line width. 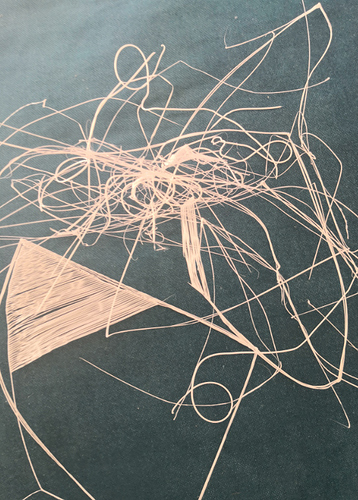 I would really like to have the snapmaker be able to view folders on the USB drive so I can organize projects that take more than one piece.

I organize my files on the HD of the laptop and copy them onto the USB drive as needed. I view the USB drive as a convenient transfer medium, as I don’t need access to all my prints, all the time.

I can organize things much more effieciently on the Laptop with a G-Code Folder, a Source Folder (for STL and Obj files) and even a Sketchup model Folder for the prints I design myself. I have similar folder trees for CNC and Laser Projects.

Multipart projects I keep in separate subfolders (in each specific category (as described above, on the Laptop). The individual parts organized by the Filename which I can then simply batch copy onto the USB Drive when required.

Another advantage of the laptop is that these files will also be automatically backed up and archived. Not to mention facilitating sending the files over WIFI and Internet.

But to each their own …

I agree, the USB is not a convenient storage location. I agree with @BriHar wholeheartedly in having a ordered folder/file collection on a PC , which can also be be backed up. The USB is just a transfer option.

I agree with John. I keep sliced copies of many different models for various filament types (PLA/ABS/…) on
the USB drive on to be able to reprint models as the need arises, and currently am just using the
filament type as part of the name. This works, of course, but since there’s no way to alphabetize the
model names on the Snapmaker screen, it takes a sometimes lengthy search to find what I’m looking
for. If the firmware supported a couple of levels of subdirectories (or even one extra level), as well as some
way to sort the names, that would be a very useful improvement for me and perhaps others.

John here,
I would also like a pause button be added to the 3D printer. Its already a thing on the laser, and I feel it would be useful when 3D printing.